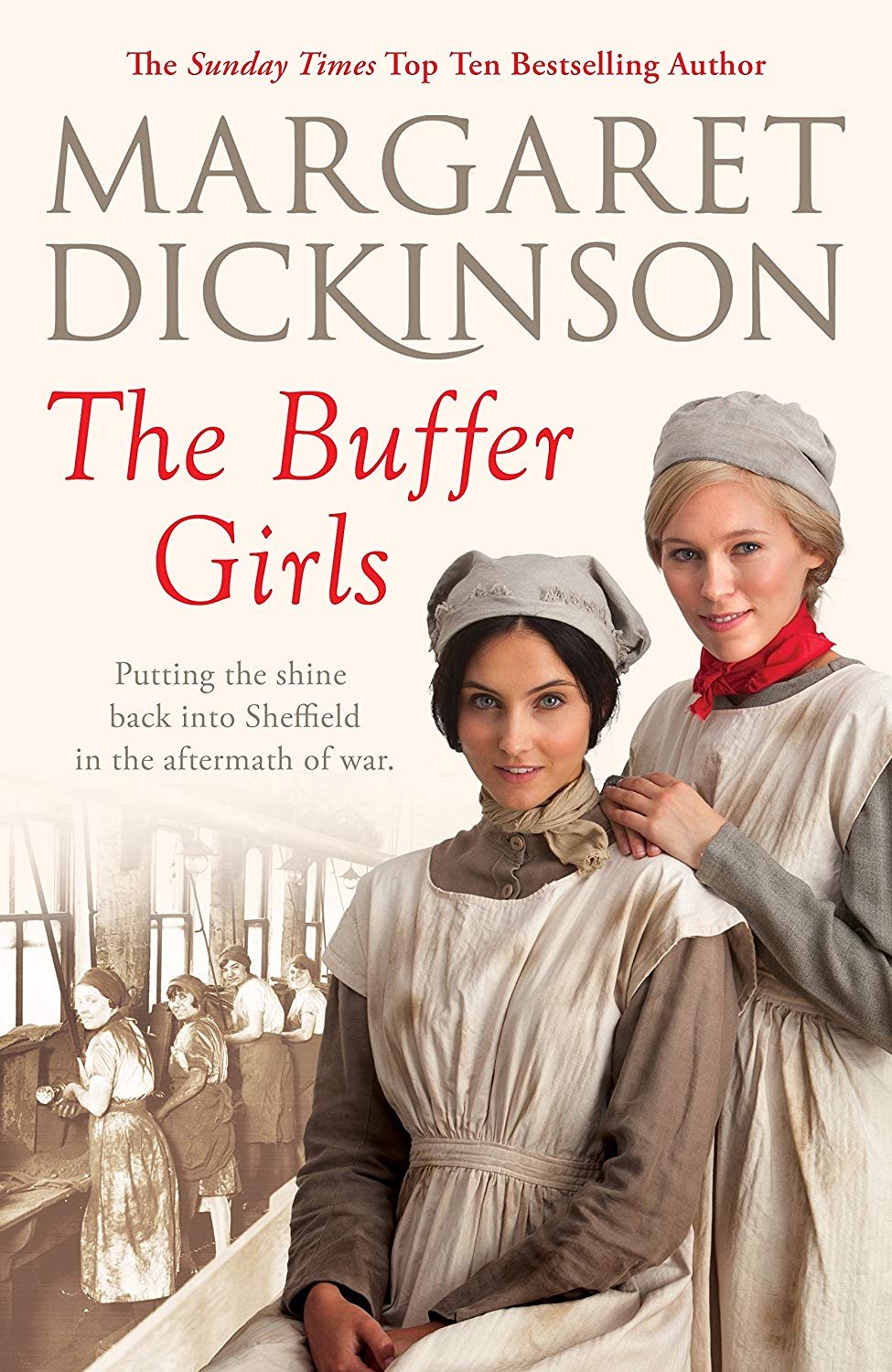 I have been reading some historical family sagas similar to Catherine Cookson.

They have been based on the 20th century from 1900 to the 1970s. These are by 3 different authors Margaret Dickinson, Maureen Lee and Lyn Andrews.

Margaret Dickinson writes about sagas based in Lincolnshire but also Yorkshire, Nottinghamshire and Derbyshire. She researches the area that she will write about before she will base her story. She wrote 3 books based in Sheffield and Derbyshire. Clippie girls during World War 2, using actual streets places and events. For instance the Sheffield blitz etc by the time I had finished I felt like I had been through the war. Then I found out later a great aunt had been a clippie girl . For those of you that dont know what a clippie girl is they were tram conductors. She also wrote a book on The Buffer girls in Sheffield too and a sequel to that set in World War 2. I found out more of what buffer girls did and the little mesters of Sheffield than any museum trip in these books. For those of you who are unaware Sheffield produces Steel and during World War 2 it suffered extensive bombings. And Margeret also mentioned floods in Lincolnshire, the mills of Nottingham. She set part of one of her books out at the dams in the peak district whilst bringing into the storyline of the dam busters . I’ve now read most of her books .

For readers that want to learn about living in the UK and the history they are a good read while learning. And I would readers from other countries would enjoy reading about British history. If you like the Peaky Blinders you will love these books.

This site uses Akismet to reduce spam. Learn how your comment data is processed.